The dreaded tax bracket myth! We’ve all heard the silly idea that you’ll somehow lose money on getting a promotion at least once in our lives. This is often peddled by people who don’t quite understand just how our tax system. Specifically, when it comes to how our brackets work.

Well get ready to impress all of your friends as you smugly inform them on how our tax brackets really work.

Let’s kick this off with the simple, blunt truth. You will not lose money on a raise or promotion if you climb to a higher bracket. Period. Fantastic! Glad that’s settled.

Oh, you wanted more than just that?

Alright, let’s lay out exactly why this is a myth.

Our tax brackets aren’t an all-or-nothing system. Instead, think of it more like a slow moving elevator. We don’t “leap” to the next bracket, rather, it’s a gradual rise to the top. This is why we call our federal income tax system a progressive income tax.

Let’s take a quick crash-course on how our taxes really work. This is what the tax brackets look like for a single filer in 2018.

Looking at the diagram above, many people think “oh, I make $37,000, that means I pay 12% in taxes.” This is a common misconception that often isn’t explained very well.

The purpose of these brackets doesn’t mean you pay 12% on all $37,000, then, when you suddenly get a 2% raise, bumps you into paying 22% on all of your money. Instead, we use a much more forgiving system called the marginal tax rate. In other words, what you really pay in taxes.

Did you know? According to a survey conducted by NerdWallet – over half of Americans aren’t sure what tax bracket they’re in – or even what a tax bracket is!

Under the marginal tax system you’d have paid:

That’s the beauty of marginal taxes!

It’s important to keep in mind we’re only talking about income tax brackets. This does not take into account any welfare benefits people might be receiving because they fall under a certain income level.

We understand everyone has their challenges, especially low-income families. That being said, we definitely believe you should never hold yourself back simply to remain on government handouts.

Growing your career will always be a positive experience, even if it makes you take a small step back in the meantime.

It really is as simple as it sounds. You will not lose money from a raise because of tax brackets. While government welfare and medical benefits may come into play, that’s a different matter entirely.

So, the next time you get that sweet promotion, you can look forward to that juicy new check coming in!

Why stop here! Keep learning more about taxes by checking out our articles on exemptions, deductions and credits! 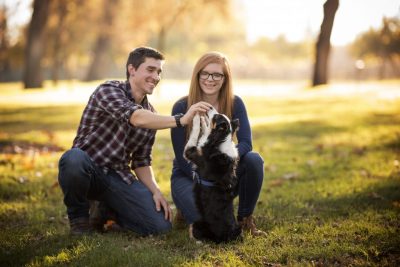